Today, it is difficult to surprise anyone with the news that you post videos on Youtube. But you may wonder what makes vloggers get several channels on one video portal?

Probably, you will agree that the main reasons why people shoot and add video on Youtube are not only a desire to share your creation but also get some profit by developing one or several channels.

Experts still argue whether it is reasonable to start more than one channel on YouTube since this decision has both its pros and cons.

In this article, we will find out if it is possible to have multiple channels on Youtube, what reasons make video creators separate channels, and whose success serves as an example for vloggers who are thinking of dividing their video content into several parts.

Why Do Some YouTubers Have More Channels Than One?

It is not surprising to see several channels on the popular video portal belonging to the same person, but it is not absolutely clear what are the reasons for this decision to divide them. However, some experts come to the conclusion that there are several obvious reasons for this solution.

Every person has his own interests and chooses video according to his preferences. At the same time, vlogger may create videos on several absolutely different topics such as cooking and time-management, for example. It is natural that not everyone who is interested in finding new recipes would also appreciate videos on how to use time effectively at home or job. It is one of the reasons to create two different channels where every person will easily find a video to meet his or her requirements without a necessity to skip pieces that are out of the interest completely.

One more point connected with segmentation is a necessity to improve SEO results by using certain keywords and hashtags. When you define one topic or genre accurately, there are more chances that it will be found by your potential viewer.

Every single channel has its own revenue stream. There are very few chances that people interested in technology would suddenly decide to watch videos on how to grow fruit and vegetables. Consequently, you will never get more views mixing different content. One more problem connected with profit can be a desire of some brands and companies to work only with a certain type of content, so your ‘mixture’ can lead to the loss of the earnings.

Every Youtube channel has so-called ‘hardcore’ fans who follow it regularly. There are many chances that these fans may riot if their favorite content is diluted by the themes they consider useless. If such cases repeat for several times, there are high chances that even devoted fans may find an alternative video creator and leave you forever.

You have probably found the answer to this question having read the previous paragraph.

Here is the deal: it is not only possible, but many video bloggers also do that.

However, you may be puzzled how it is possible and in what way they are created. Let’s get a little more details!

YouTube has no restrictions on the number of channels registered on one email address. It means that you can create as many of them as you wish. Previously, people who wanted to open up a new channel in addition to the existing one needed to register a new Gmail account to be able to do that. Now, you can create a new channel under one account by clicking a new channel option. If you want to separate videos with one theme from another one, it is also possible to avoid creating the second Youtube channel and organize your videos in playlists to make the life of your followers easier.

Is It Risky to Store All Your Videos In One Channel?

This is crazy if you plan to start another channel because of the fear to lose videos or be punished by Youtube for the inappropriate content. Undoubtedly, it will not save you. Every Youtube channel is safe enough to keep your video content. But if you decide to copy videos from your first channel to the second one, you may face some troubles. YouTube as well as Google is not fond of duplicate content and may punish or give you a copyright strike if you try to do that. As a result, one of your accounts will become inaccessible to the viewers and you will face problems which require a solution.

Is It Better to Have Many Small Channels or One Large Channel?

Nobody will give you a direct answer to these questions since you need to consider many factors before you make a decision.

Look: it is reasonable to have many small channels only if you produce video content on several themes which are not connected with each other.

Otherwise, there is no sense to put effort and manage several channels if your content is focused on one aspect. If you shoot videos which can be united in one group with one topic, it would be stupid to divide one channel into several ones since you decrease your chances to monetize and make your blog more successful, because all your viewers (including their likes and comments) will split between several accounts.

Though it is difficult to believe, the owners of multiple channels on Youtube can be successful on each of them gathering millions of subscribers. Let’s look at the most successful YouTubers, who were not afraid to lose their fans by creating other channels.

It has become a standard practice to create several Youtube channels displaying the video on different themes. However, this experience can be successful only if you produce high-quality content and know the secret how to attract an audience to your project. Otherwise, each of your startups may end only with a dozen views and nothing more. 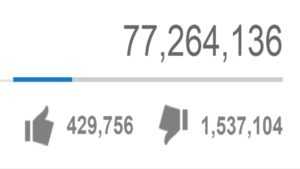 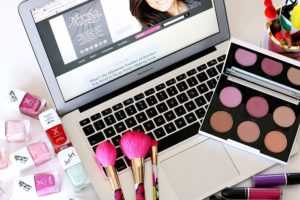 How to Make a Makeup Tutorial in 12 Easy Steps

Why Do YouTubers Have Multiple Channels?