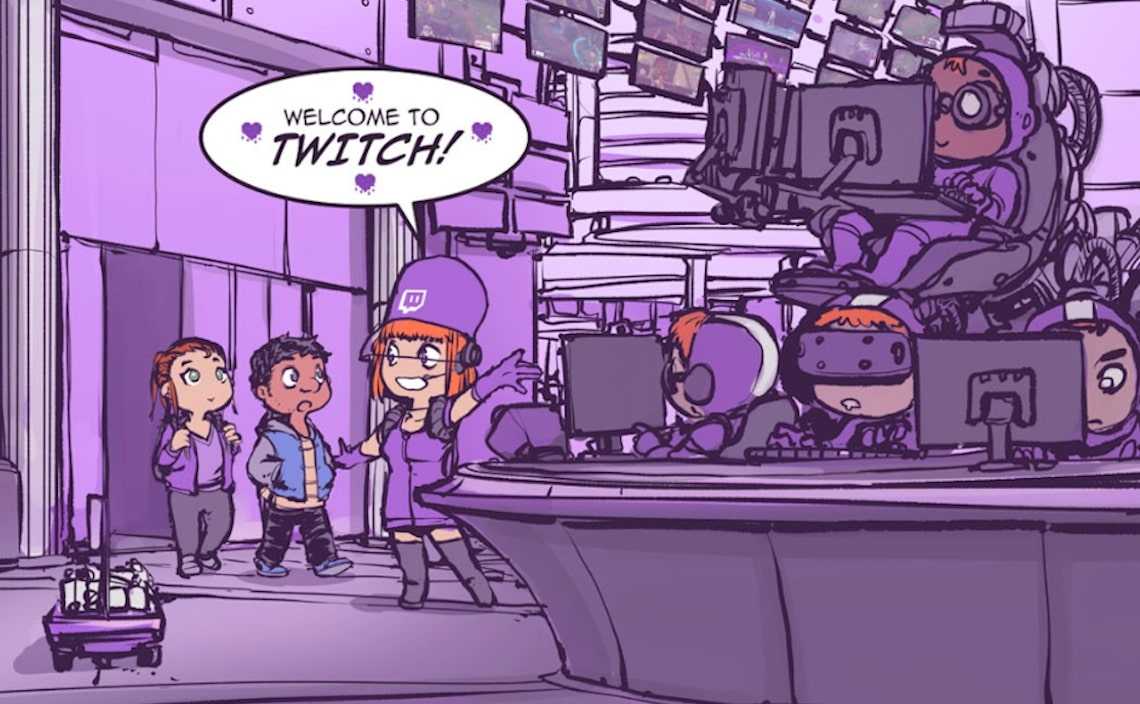 An English writer and humorist Jerome Klapka once said: “I like work: it fascinates me. I can sit and look at it for hours”. Most of people are hard-working by nature but sometimes they prefer observing somebody doing something to working themselves.

Who would have thought that we will express the wish to watch someone play video games for the whole day? Just recall how we played dolls or cars, built houses with LEGO, invited friends to play Mario together in our childhood. We were completely engaged in the process because we were the main characters in our games.

Everything has changed over time. At present, eSports, streaming, and broadcasters are at the height of their fame. Game broadcasts became so popular that in 2011, a resourceful duet – Justin Kan and Emmett Shear presented a fully pro-game streaming service – Twitch TV which is called just Twitch today. While you are reading this article, its popularity is growing higher and higher.

If you heard about it for the first time, you may ask me: “Why so?”, “Can I live without Twitch or I need to join there right away?”, “What can I stream on Twitch?”, “What can I do there besides watching someone play video games?”

Do not make a fuss. Just read further.

What Can You Do on Twitch

Twitch is a website that is focused on watching or broadcasting live streaming or pre-recorded video basically of game plays. Live streaming often comprises running chat for viewers and audio comments by a streamer of what is going on the screen at the moment.

The library of video games is huge. You can come across those which are on everybody’s A-list, little-known or old school games. So you will choose the best game according to your needs and preferences, watch your favourite players, get gaming tips or just entertain yourself. As a user, you can mark channels to follow like on Youtube, and subscribe to some of them for a fee as well.

It is also a platform for hosting eSports tournaments, live-streams of news and events devoted to well-known video games.

Like any modern platform, Twitch allows streamers to make money. You will need some necessary equipment to broadcast but a computer or gaming console and software is quite enough. If you want to show yourself I mean video and make audio comments, you will need a webcam and microphone. Twitch is a very cool and clear advertising platform to earn money as it is monetized with advertising and paid subscriptions.

Some ready-witted users manage to get financial support from Twitch. You can also get profit from a membership being a streamer or a viewer.

Some young people join Twitch because they want to become a part of the community to be aware of the latest and discuss it with their friends.

Twitch offers a lot of buns and it has the power to drag you in very deep. There are examples when users quit their full-time jobs and start living on Twitch and are fully funded by an affiliate program. There are plenty of opportunities. You choose.

Is Twitch Only for Games?

Streamers have already become more than just game players for their fans. They have become the icons to follow their cue. They are interested in more personal interaction with their fans, sharing their opinions and thoughts regarding everything they experience, and demonstrating an everyday life as well.

Twitch provides its users with such an opportunity. They can upload a recorded video to their IRL channel which doesn’t have any connection to gaming.

Someone even once told that saw a woman live streaming her painting, and guy who was assembling a chair. Applying a search tag “Creative” or “IRL” you will get access to such categories:

So, Twitch is not just for gaming. Non-gaming streaming is also welcomed. However, it is forbidden to broadcast unattended content (I mean leave your baby at home and set a camera on it), sleeping content (unpleasant news for sleepwalkers who would like to be videotaped), stream while driving, and all other kinds that can do harm in physical and mental meaning.

Twitch tries to encourage people to show off real-life content. People are interested in people. And it always works perfectly.

The most popular ones are estimated by a number of views and using other tools for the analysis. The Esports Observer publishes a list of the most viewed content on Twitch analyzing major contests, events, and news affecting the streaming of video games every month.

The most popular games for streaming at present are on my list below:

It is a shooter-survival game that was released in 2017. It is also known as Fortnite: Save the World. The main mechanics of this game is collecting resources, building fortified buildings and fighting with zombies. Players will cooperate to collect items that they can use to build a fort during the day and defend themselves from zombies at night. There are four different classes with different abilities such as ninja, stranger, commando, and builder.

abbreviated LoL is a role-playing video game with elements of real-time strategy (MOBA / Action RTTS). Two teams of powerful champions, each with a unique appearance and style of play, are fighting in various areas and in different game modes. Since 2011, the League of Legends World Championship has been holding and it is incredibly popular with millions of viewers.

Teamfight Tactics is considered a new game mode, which takes place in an amazing world called Convergence. It is a strategy game divided into rounds. In TFT you have to fight with seven opponents in an epic battle. You should gather a powerful team, strengthen your troops and watch the battles.

is an open-world action-adventure computer game. It is the fifteenth game of Grand Theft Auto series and the next major game after Grand Theft Auto IV. The game takes place in the fictional state of San Andreas, the prototype of Southern California. There are three characters – audacious robbers, arranging more and more daring robberies. Many tasks of the game are connected with car theft; while the game character can participate in shootouts and chases.

is is a multiplayer first-person shooter video game. As in all other Counter-Strike series, a war is being held between two groups – a special unit and terrorists. Each round is won by performing a specific mission, such as bombing or rescuing hostages, or after the destruction of all members of the enemy team.

It is is a multiplayer online battle arena (MOBA) video game. Dota 2 depicts a battle on a special kind of map. Each game involves two teams of five players controlling the “heroes” – characters that possess different sets of abilities. To win the match, the team has to destroy the special “fortress” that belongs to the enemy team and protect its own one from destruction.

is a team-based first-person shooter game. There are two teams of players of six each that lead a battle on a complex map. Before each battle, players choose their characters, and during the match, they must complete certain tasks that are usually limited in time and depend on the chosen map. As the game progressed, new modes appeared in it, such as competitive rating mode or arcade battles.

It is a multiplayer role-playing video game, real-time strategy. The action of World of Warcraft takes place in the fantasy universe of Warcraft. Each player controls one character and can interact with other players in the general virtual world. World of Warcraft is available on the basis of a monthly paid subscription. In addition, thematic paid add-ons are regularly released for the game, adding new areas, new character classes, and other updated content.

is a sandbox video game that demands a creative approach. Minecraft gives the player a procedurally generated and modifiable three-dimensional world that can be freely rebuilt with cubes. You should create complex structures from these cubes and here you can notice that the game is similar to LEGO. The game offers the player freedom of action and also includes additional modes, for example, “survival” or “creative”.

Twitch is blooming as you can see from the above. However, if you are looking for some new platforms for streaming, there are lots of alternatives which are exactly not worse. Let me be helpful a little bit more.

It is a platform to stream activities, videos, or whatever you want to anyone around the world. You are also able to chat with the viewers in real time to keep them involved and track the analytics as well. It is quite comfortable that you can stream from any mobile device, whether your mobile phone or tablet. Livestream offers solutions for TV and Radio, Conferences, Government, Education, Sports, etc.

UStream is a streaming platform, which allows viewers to find sporting events, talk shows, and private live streams. It is owned by IBM, and offers lots of services apart from live streaming. Enterprise Video Streaming is a quite popular service as UStream guarantees security and privacy. Like Twitch, UStream also offers its native clients for smartphones such as Android and iOS.

Periscope is a live video streaming app that was bought by Twitter in 2015. Since then, they work in tandem, as the stream is also transmitted to a user connected Twitter feeds for maximum viewership. Periscope broadcasts you from your front camera but you can switch it over to your rear-facing camera to show your viewers everything that is around you. Once your live broadcast has started, viewers will join you with an option to comment on your live stream, ask questions, and entirely interact.

It is an American live broadcasting platform to stream live video content or interact with the video streams of other users in real time. It is compared to Periscope and Chatroulette a little bit. A lot of users broadcast their creative skills, dancing and singing on camera, some just talk, others film themselves sleeping (say hello to sleepwalkers). The platform offers a hashtag system to enable to you browse the content of your choice. YouNow has a partner program that allows popular broadcasters to earn money. The service is available on its website, on Android and iOS apps.

This platform offers a large palette of services, and livestream is one of them. All business people will be delighted with opportunities to broadcast global meetings, conferences and events, trainings, etc. Knovio promises engaging of users from the start and monetizing the events. This platform is also cool for educational purposes. Sounds serious and convincing.

As you see there are plenty of services to join broadcasting in any convenient format for you.
Some people consider that Twitch is ahead of the competitors, others say the opposite. Take into account your own purpose of using one or the other platform. A clear understanding of the goal will help choose the best service to fit your needs.

Even if you’re a devoted fan of Twitch, try another one just to feel the difference. Changes are always cool. 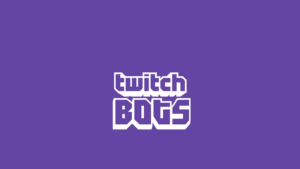 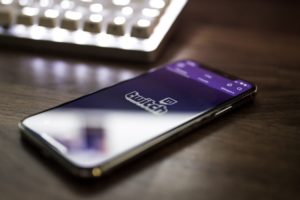 How to Setup Twitch Donations 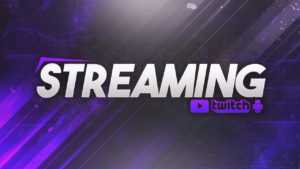 How Much Data Does Twitch Streaming Use?